I, personally, don’t care for money so much and don’t believe either that a good intention can ever be halted for money. However, distribution of resources has always been a concern to me, especially because my research deals with global dynamics. It has been evident that changes are led and dominated by the powerful, while resources (in versatile forms) bring that power.

Oxfam has recently released a scientific report: An Economy for the 1%. The main finding of the report is that just 62 people own the same wealth as half the world’s population. I see two alarming facts about this finding: 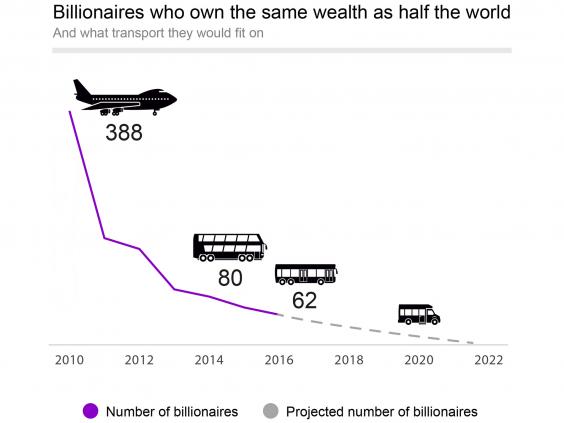 The figure is created and copyrighted by Jon Stone, and is only symbolically used in this post. See here for the details on this figure.

Unfortunately, I don’t see an immediate solution. Probably, we need an urgent crackdown on global taxes and introduce a Pigovian Tax on a global level, yet I am afraid that it would harm the poorest even more. There is no doubt denying the fact that Environmentalism is the way to go, but who is going to tie the bell around the neck of that cat? continue reading:

Your comments and discussion will enrich my blog. You can comment by logging in to your social network or disqus sites (options are shown in the login drop-cap or when you click on the comment box). You can also comment as a guest by clicking on the "Name" box under "sign up with disqus" and ticking "I'd rather post as a guest" (your e-mail will be kept confidential).